What is a sensor ?

Why do we need a sensor?

This is where the Arduino sensor comes in: there must be a sensor in the room to instruct the air conditioning system to stop pumping when the desired temperature is reached. That’s more or less like that.

If you are building an Arduino propulsion car that will avoid obstacles while navigating, you could, for example, use a collision sensor to alert the controller when an obstacle is in front of the car, then the controller can alert the wheel to stop and move in a different direction.

The following are some of the sensors and interface code so you can use when working with an Arduino board .

The most used Arduino Sensors

This is a humidity sensor/temperature. You can use this Arduino-compatible sensor to monitor ambient temperature or humidity. As a basic project, you can connect an LCD screen to Arduino and make it show the temperature/humidity of the your  room and office .

This is an infrared emission sensor, also called an infrared emitting diode. It operates at a 38KHz modulating signal. This sensor can be used to send code to another Arduino or to control a TV.

This is a light-sensitive resistance. The strength of the component will vary with the intensity of the light to which it is exposed. Explained in simple terms, we will say that this sensor is a resistance whose resistance decreases when the light hits it.

Ultrasonic sensor is electronic device that measures the distance of object This sensor automatically sends a 40 to 70 kHz audio signal and detects if there is a pulse signal.  to measure how far away you are from an object  , that is, the distance from the sensor to the object in front of it. You can feel an object in the range: 2cm-500cm

In simple terms, this is a switch that activates when it detects a hit. There is an LED that alternately gives a visual signal of sensor status, high or low, and high level designated by LED ignition.

This is a sensor that will detect the surrounding sound and has an adjustable sensitivity. This is used for projects such as voice changers.

This sensor detects the voltage level of any continuous voltage supplier, up to 25 volts. Overvoltage/undervoltage hotspots can be adjusted.

This sensor helps detect pulse heart rate. The operating voltage is 3V/5V; amplification factor: 330. This sensor can be used to track and trace your heartbeat.

This sensor helps detect, record, or verify fingerprints. This can help you register new fingers directly. Up to 162 fingerprints can be stored in the built-in FLASH memory.

This sensor is mainly used in motor speed detection, pulse counting. As the name implies, it helps detect speed differences.

This sensor detects the presence of gas alcohol in the air. The detection range is 10 to 1000 ppm. Detection type: Alcohol, Ethanol

This sensor is used for water detection and can be used in projects where: rain detection, water level, water leaks, deposit overflow detector. This sensor can easily convert the water size into an analog signal, and the analog output value can be used directly in the program function, to achieve a function of desire.

This is a switch that can be used to detect the position of an object, when it collides and changes the sensor trigger that can be seen in the side image.

This sensor follows the line. It is mainly used for projects where you want your robot/car to navigate following a white line on the black background.

This is a pyroelectric IR infrared sensor for people detection. I often like to test this sensor simply by using it as a Switch-ON/Switch -Off device for an LED, which allows you to easily adjust its sensitivity and time.

This sensor detects the presence of flame and is often also used to detect the presence of light. Detects a flame or light source of a wavelength in the range of 760nm-1100 nm. A light flame test can be activated within 0.8m. If the flame intensity is high, the detection distance will increase.

This is a hydrogen propane methane gas sensor for Arduino, ideal for detecting gas leaks at home or at the factory. This sensor can be used to detect: Combustible gas such as LPG, butane, methane, alcohol, propane, hydrogen, smoke.

This is an important part of a wireless sensor network. It can help control objects wirelessly. This module can be used for projects such as: wireless voice transmission such as VoIP, home automation and wireless networks.

This sensor detects static color and emits a square wave with a frequency directly proportional to the intensity of the incident light. The ideal detection distance is 10 mm. It can be used to classify objects by colors.

This sensor allows accurate lux calculations and can be configured for different gain and timing ranges to detect light ranges up to 0.1 – 40,000 lux.

This is a spring vibration sensor that is a high sensitivity trigger switch induced by non-directional vibration. Inside there is a very soft spring rolled around a long metal pin. When the switch is moved, the two pins will act as a closed switch. When everything is still, the switch is open.

This sensor detects bending (only in one direction). It is more or less a resistance that changes its value depending on how much it flexes.

This sensor can be used for all types of weather detection. helps measure barometric pressure and temperature. This could also be used to build an altimeter.

This sensor can help you build a basic flow meter. It can help measure the flow of liquid/water. It has a reel and a small magnet attached to it, and there is a Hall-effect magnetic sensor on the other side of the plastic tube that can measure how many turns the reel has made through the plastic wall.

Barcode Reader This sensor can help you build your own barcode reader/scanner. Bring the benefits of barcode reading to your Arduino. It uses a compact and long-range CCD barcode scanning module with highly sensitive line image sensor and integrated self-sense function, which can be used in your project to decode almost any type of 1D (striped) barcode.

This is a sensor that helps detect water level. Like the water sensor, it can be used to detect the water level in a container, but it has a float switch.

This is a laser break sensor. Detects an object that breaks a laser beam. But normally you have to install a laser at one end and a sensor at the other. The sensor must be large enough not to misalign with the beam.

Thanks so much NextPCB for sponsor this project. Nextpcb offer For New Customer, Your First Order Will Be 10 PCBs for just $0 at Free. 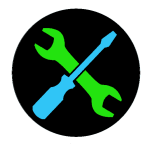